Specht Architects was founded on the vision of creating elegant, comfortable, and timeless buildings that are rooted in the unique environments in which they exist, and shaped by the character of the people who will inhabit them. 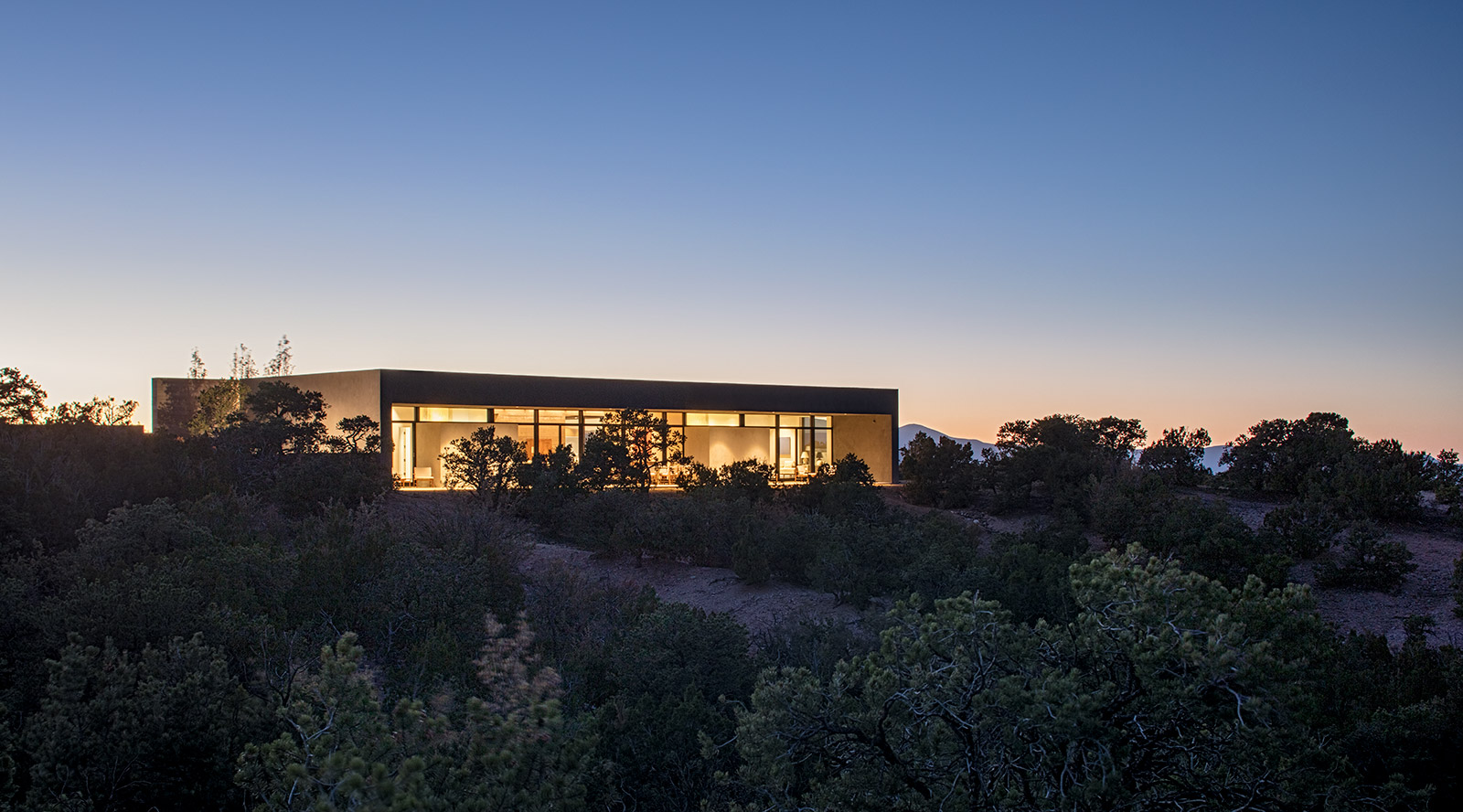 Specht has been named as a “Top 100” architect by New York Magazine, and one of the “50 up and coming firms from around the world” by Wallpaper* magazine. Scott Specht also recently gave a TEDx talk about the future of housing in the United States.
Our projects have been featured in over 100 publications worldwide, and have received numerous awards from the American Institute of Architects, the Architectural League of New York, The Texas Society of Architects, and many others.
More important than the awards, however, is the fact that we have many repeat clients who appreciate our work and enjoy working with us. We're nice people, and love what we do!

We typically keep the clients for our residential work private, but below is a selected list of commercial and institutional clients.

University of Texas at Austin 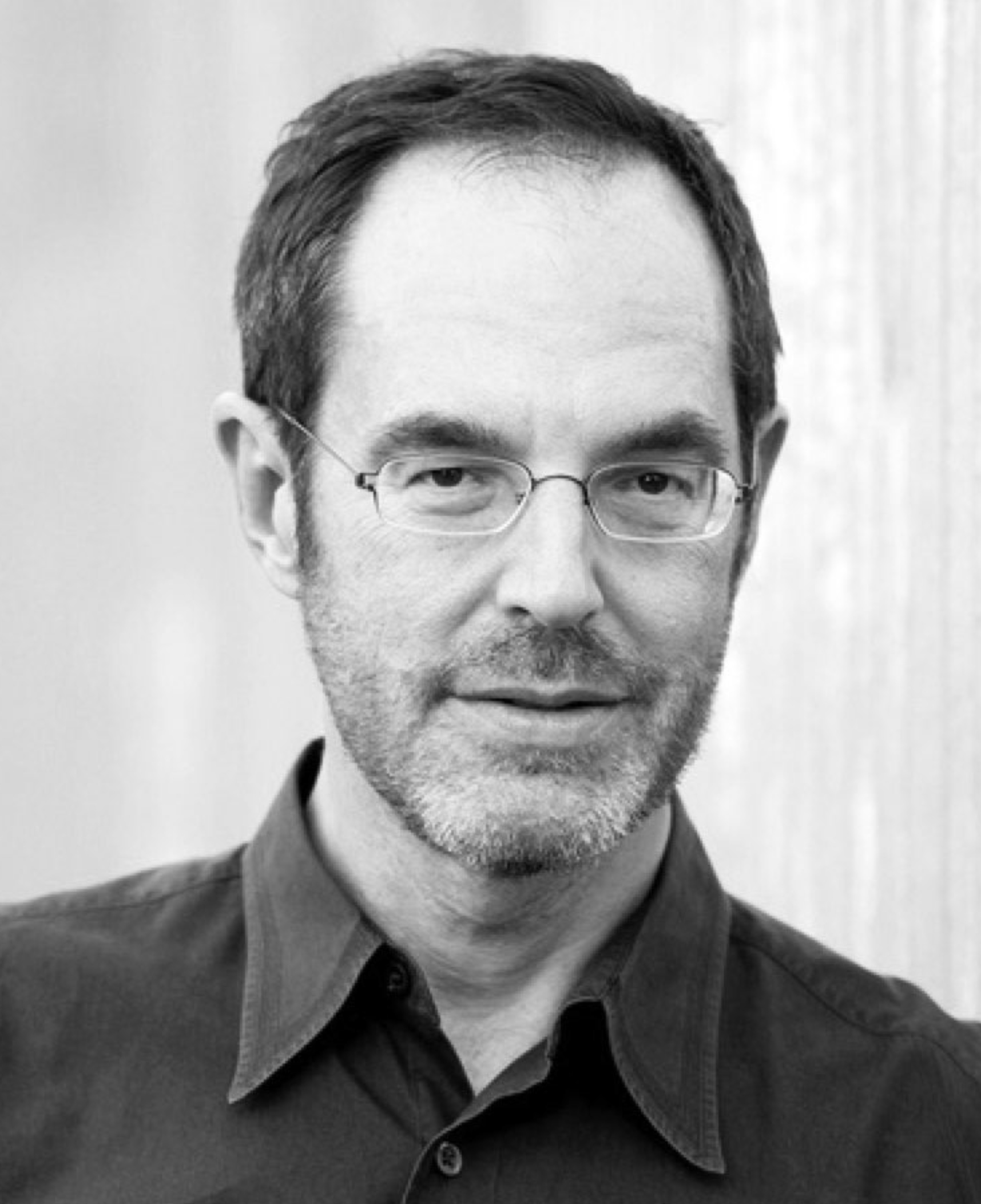 Scott is the founding principal at Specht Architects with over 25 years of experience designing and managing institutional, commercial, and residential projects. Before founding Specht Architects (formerly known as Specht Harpman), he worked as a senior designer for Daniel Libeskind Architect and collaborated with that office on its winning New York World Trade Center master planning proposal. He also worked for several years with Kohn Pedersen Fox and Associates Architects in New York, and was the Designer on a number of tall building projects around the world, including the Chifley Square project in Sydney, Australia, and the Niaga Bank headquarters in Jakarta, Indonesia. He is a licensed architect in Texas and New York, is NCARB certified, and is a member of the American Institute of Architects.

Scott received his Master of Architecture degree from Yale University, where he received the George Nelson Scholarship and the Franklin W. Gregory Scholarship.

In addition to his work with Specht Architects, Scott was a featured speaker at TEDx, and his independent design work has been exhibited in two SoHo gallery shows. His design work has also been publicly featured at a Yale University exhibition, the Van Alen Institute, the Municipal Art Society of New York, and the Lower Manhattan Cultural Council. 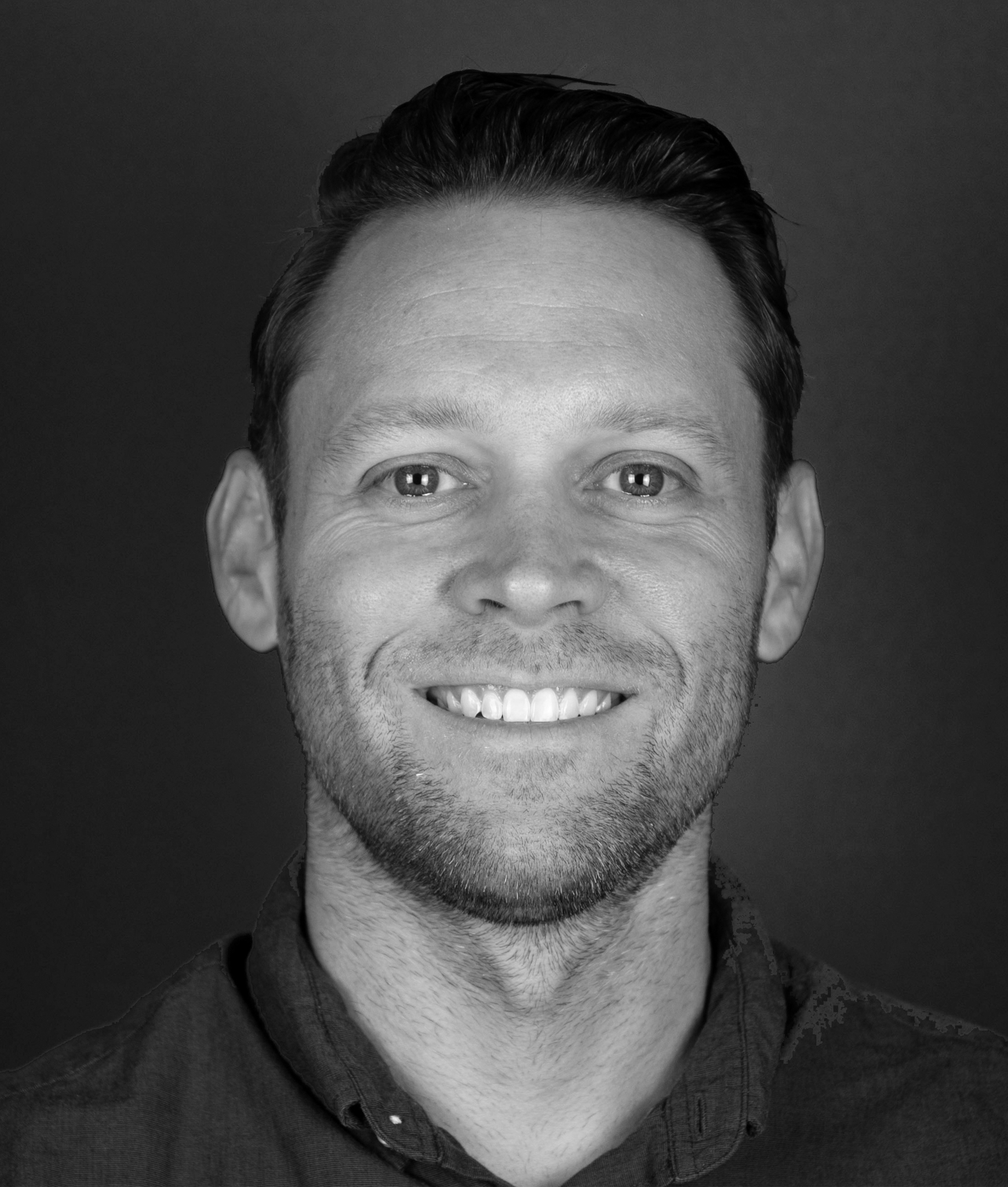 Jakeb Novak, principal, brings two decades of design and project management experience to the firm, and has contributed to numerous award-winning residential, institutional, and commercial projects. His work has been featured in numerous publications including Architectural Record, Dwell, The Wall Street Journal, and Architectural Digest among others.

Jakeb is a licensed architect in Texas and Illinois, a LEED Accredited Professional, and NCARB certified. He received a Bachelor of Architecture from Kansas State University where he was the recipient of the American Institute of Architects (AIA) Henry Adams Certificate. His prior experience ranges from working at several boutique firms in Chicago on commercial projects and urban housing to working on international multi-tower developments while at Skidmore, Owings, and Merrill (SOM). 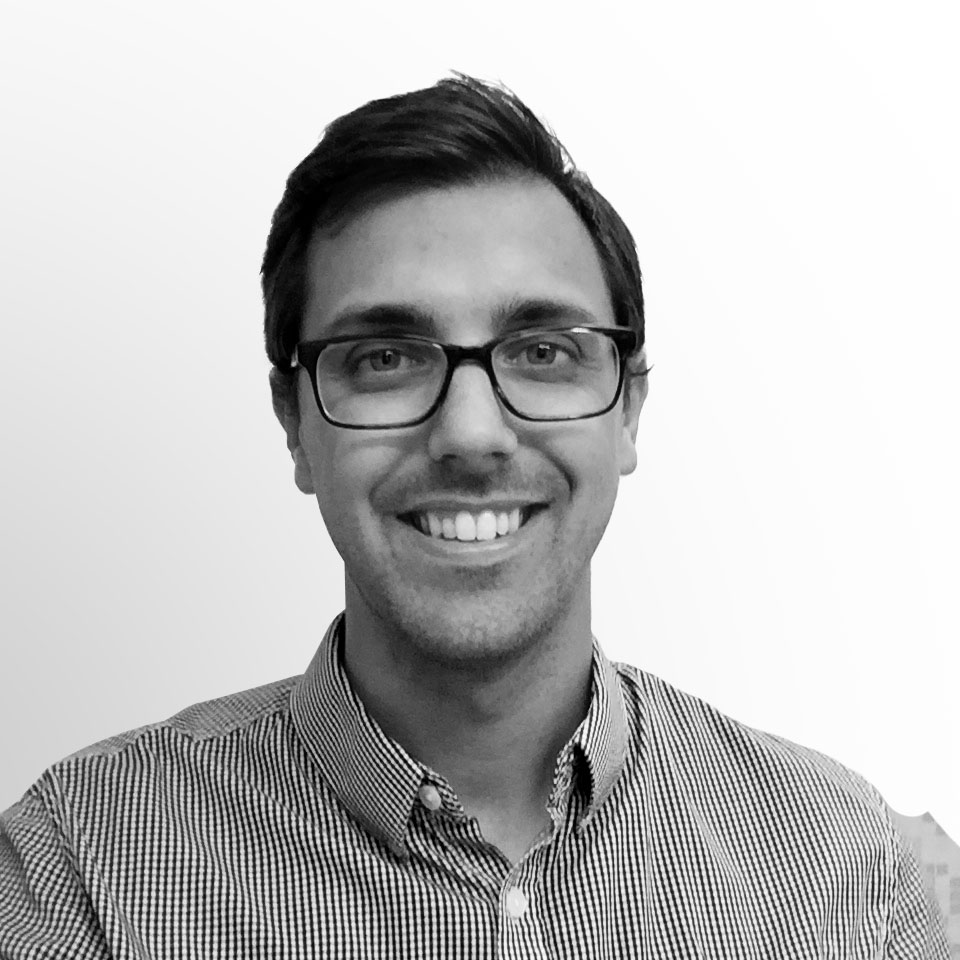 Travis is a project architect with over 10 years of professional experience and a Bachelor of Architecture from The University of Texas at Austin. His work features an emphasis on custom residential projects with additional experience in higher education & restaurant projects.

His experience before joining Specht Architects' Austin office includes time with Lake | Flato Architects in San Antonio where he contributed to the nationally recognized design for the Arizona State Polytechnic Campus. Travis also worked in Austin for Brian Dillard Architecture and Dick Clark + Associates where his work consists of houses that have been featured on the AIA Austin Homes Tour. 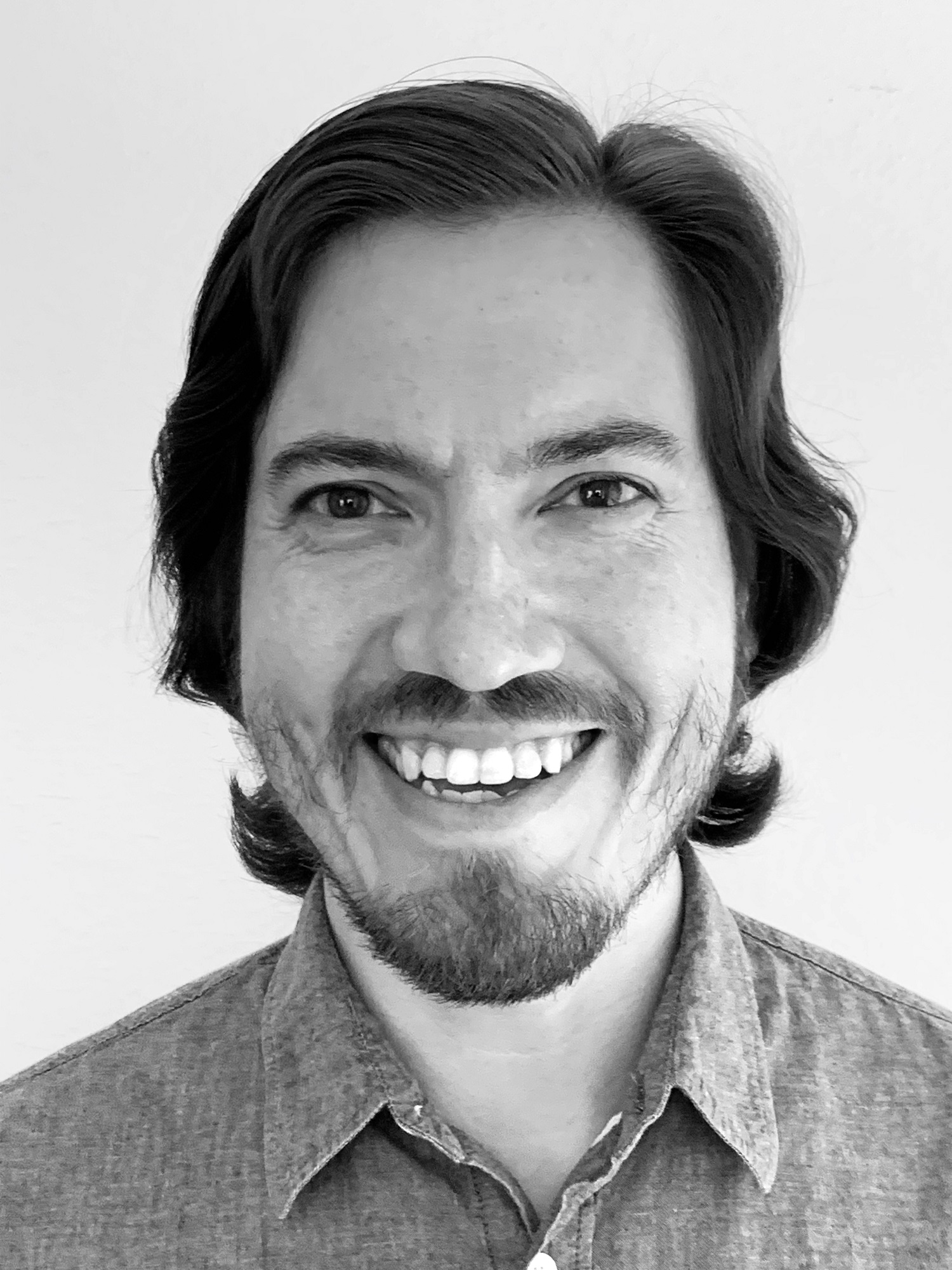 Matthew received his Post-Professional Master of Architecture from Harvard’s Graduate School of Design. He received his Bachelor of Architecture from The University of Texas at Austin, where he was awarded the Oglesby Traveling Fellowship (he traveled through Japan for a month), the university-wide George H. Mitchell Award for his work with Jason Sowell, and was published in Wallpaper* Magazine’s 2010 Graduate Directory for his work with Billie Faircloth. 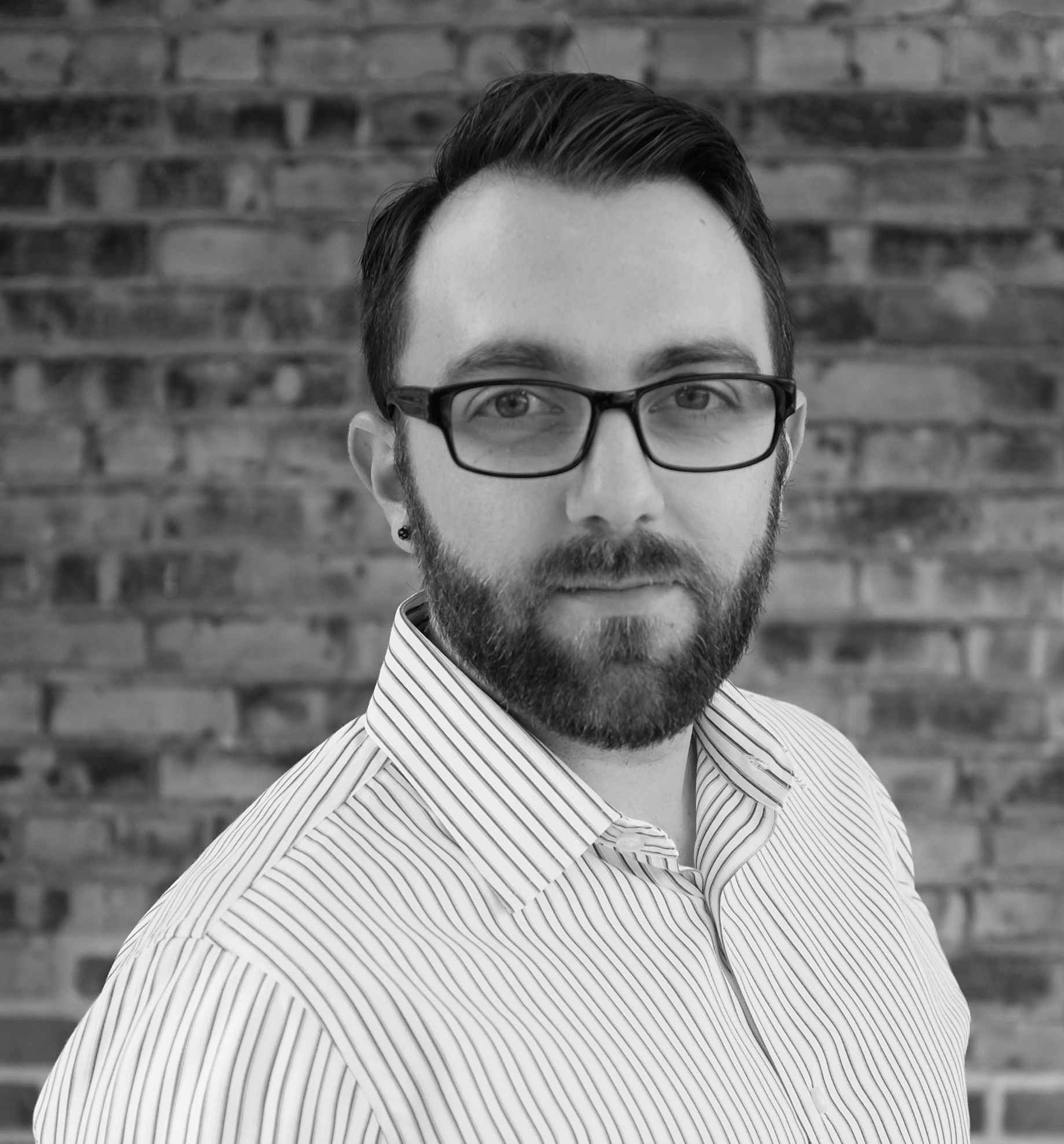 With over 14 years of professional experience across a broad spectrum of scales and typologies, Matt has been an influential leader and advocate for design. His designs have sought to take on complex problems that require uniquely refined and elegant solutions within modest means.

Before joining Specht Architects, Matt worked at an Austin based boutique residential architecture office, where he managed some of the firm’s largest and high-profile projects. These projects served as case studies that he developed into office-wide standards, procedures, and details, streamlining project deliveries for other teams.

Matt received his Bachelor of Architecture at Kent State University and his Master of Architecture at Ohio State University. Upon graduation, he joined Robert Maschke Architects (RMA) in Cleveland, Ohio. At RMA, he was responsible for the design and execution of many award-winning projects that have been widely published. Matt’s contributions guided the transition of RMA’s design dialogue from an analog to a digital studio. In 2015, Matt was the recipient of the Emerging Professional Award from the Cleveland Chapter of the American Institute of Architects (AIA Cleveland, Ohio) for recognition as an outstanding member of the next generation of leaders, contributing to the workplace and further developing the profession of Architecture. 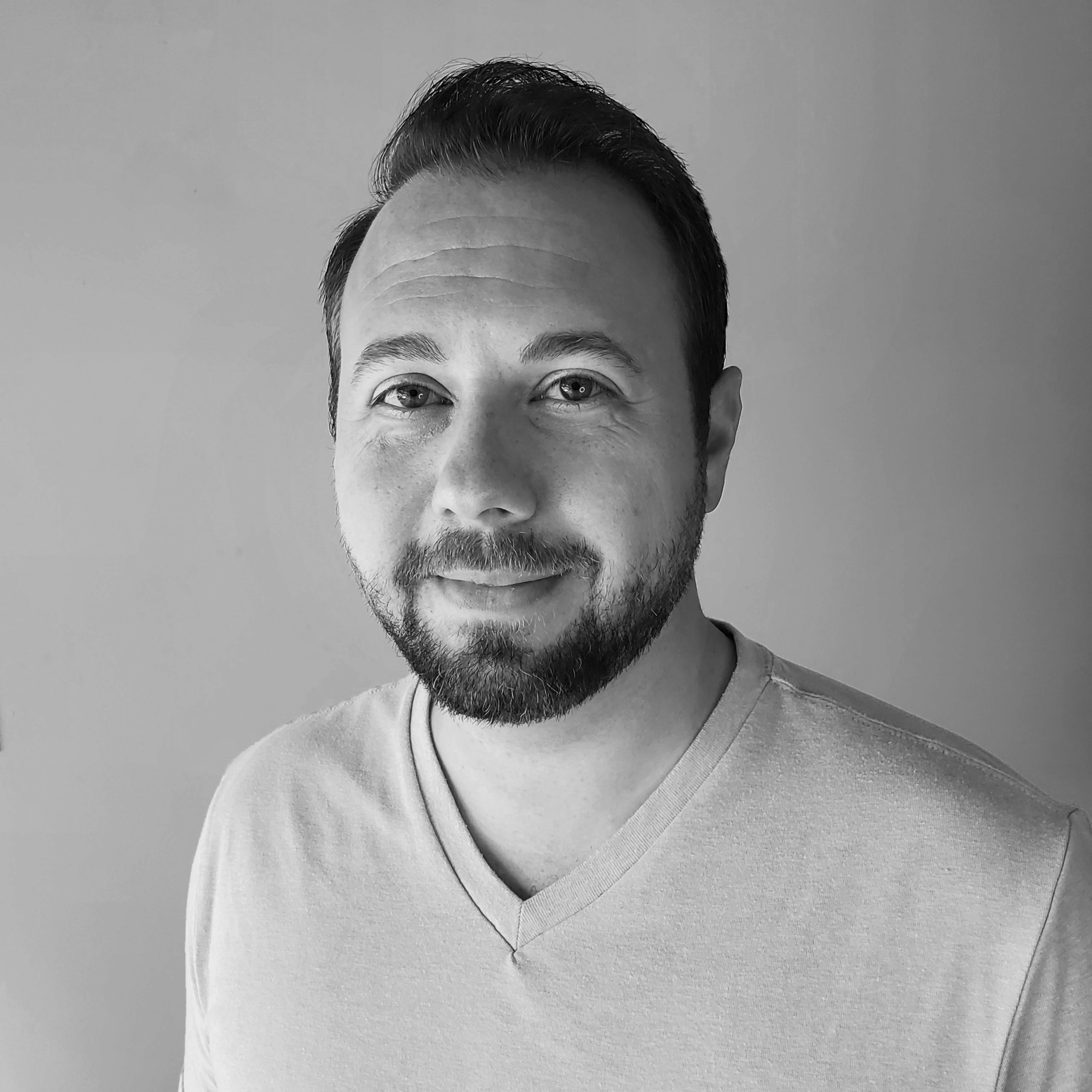 John is an Eagle Scout and received his Master of Architecture degree at the Kansas State University College of Architecture, Planning, & Design. Upon graduation, he moved to Austin and co-founded his own design firm focusing on product design & artistic expression in a wide array of media. 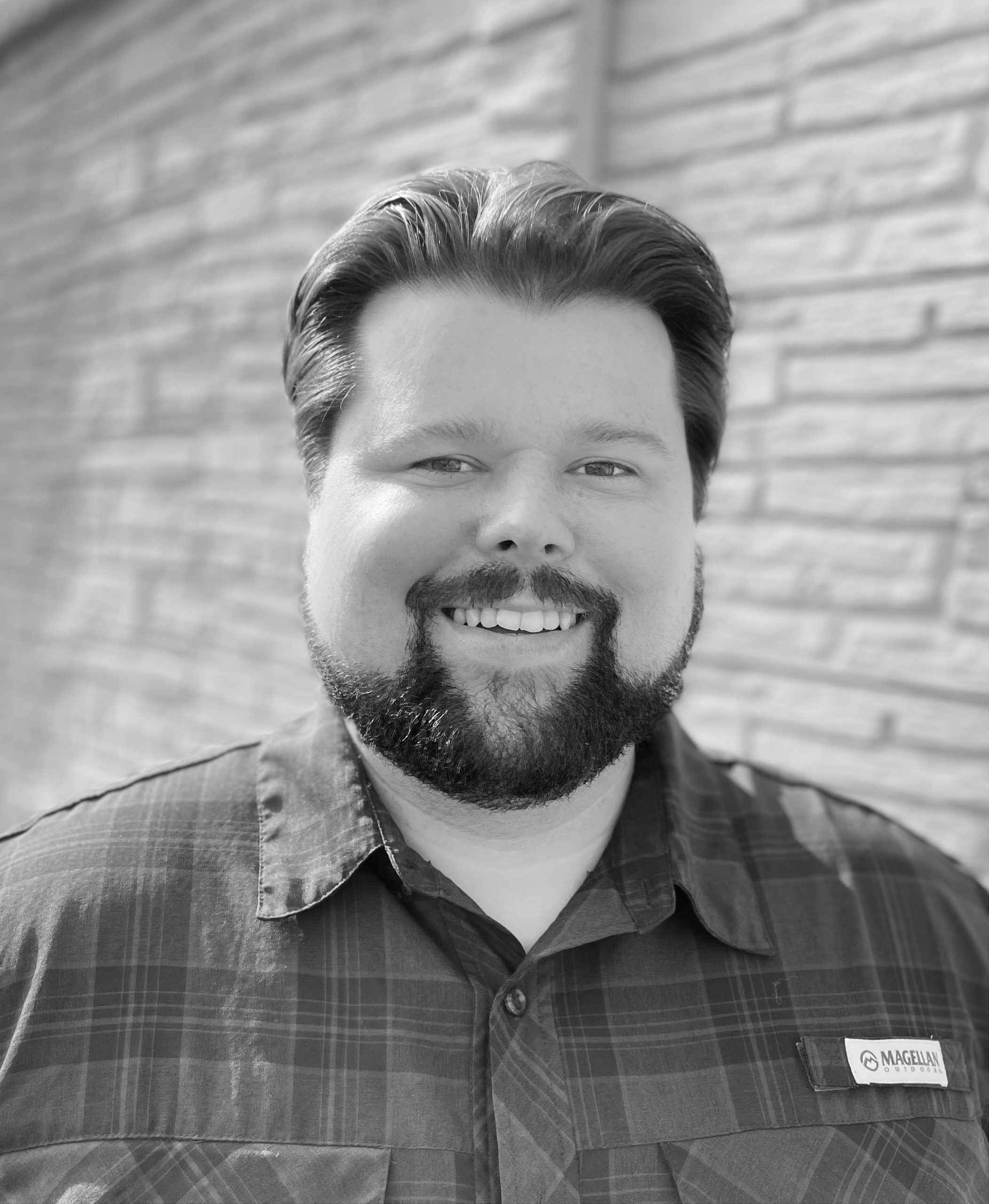 Chris received his Bachelor of Environmental Design from Texas A&M University. He has a passion for and expertise with the leading architectural design software, Revit. With eight years of Revit experience, his refined skills help to effectively communicate design concepts to clients and construction details to contractors. He takes initiative throughout each phase of the design and construction process and encourages collaborative problem solving with all involved parties. His desire to explore different typologies within the residential and commercial fields motivates him to approach each project as an entirely unique opportunity to appeal to the client's best interest.

Before joining Specht Architects, he worked for PBK Architects as a BIM specialist and Project Manager where he managed the design of various high-profile facilities for public school districts in the greater Houston and Austin areas. Notable previous projects include a new elementary school for Round Rock ISD and an Education Village for Katy ISD, which comprised of a junior high, high school, and athletic complexes for each. 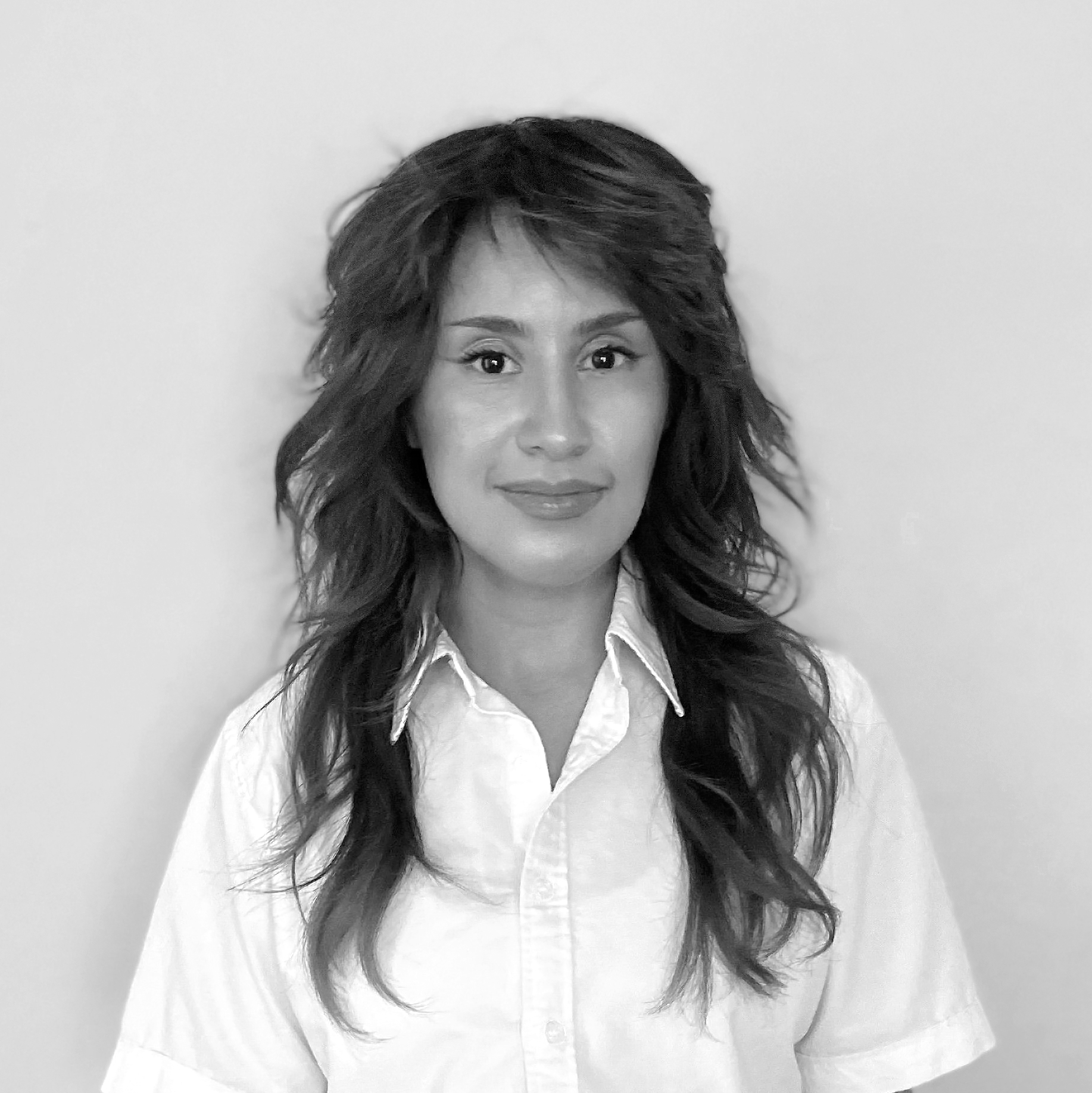 Britny received a Master of Architecture from the University of Texas at Austin where she was awarded the 2020 AIA Fort Worth Student Honor Award. Originally from Colorado, she holds a Bachelor of Science in Architecture from the University of Colorado at Denver where she graduated with honors. In her free time, she can be found searching for vinyl records and exploring graphic design. 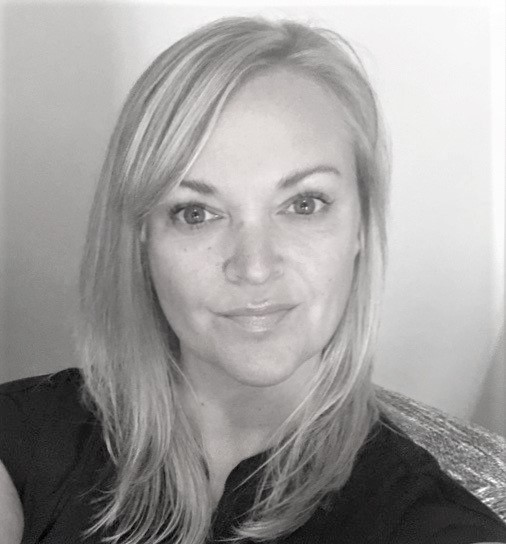 Dawn is an experienced operations and administrative director with 25 years of experience in industries ranging from investment banking, asset protection and estate planning for UHNW clients, to hospitality management for multi-brand corporations . She is responsible for a wide array of management functions that facilitate the smooth operations of the office, staff and clients. 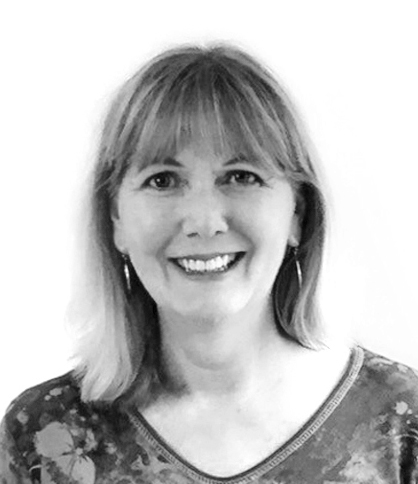 She is a former CPA with an accounting degree from UT-Austin and a master's in Interdisciplinary Studies from Texas A&M—Corpus Christi.